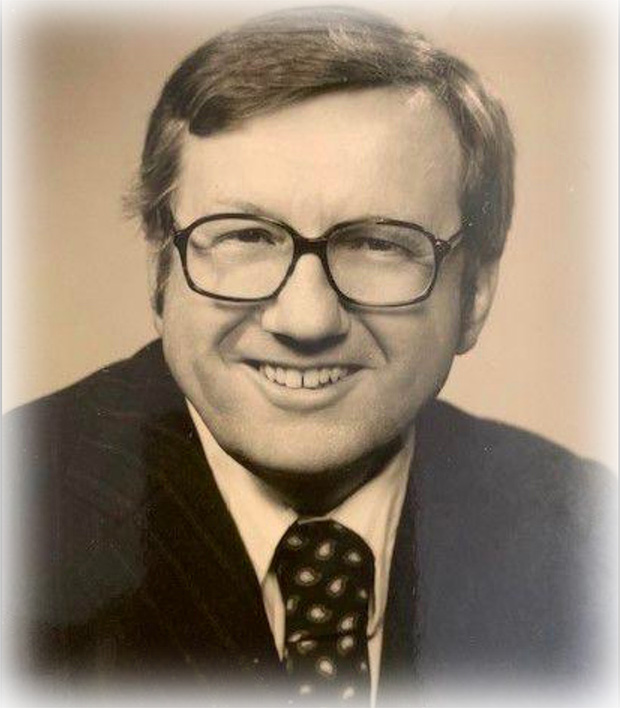 WITH WISDOM THAT
ENCOMPASSED MANY
DIFFERENT AREAS OF LIFE,
HIS HEART WAS ALWAYS
DEVOTED TO HELPING OTHERS

A highly respected, enormously successful practicing attorney in Auburn, New York for nearly 60 years, Walter C. Foulke, Jr.'s life met a peaceful ending on June 30, 2020. While his passion was his law practice, Walter had many talents which he developed and refined throughout his life. A superb musician, he performed in various venues on his cherished classical violin to the delight of his audiences. A versatile athlete excelling in football, track and basketball, in 1946 he clocked the second best time in Pennsylvania in the 400-meter dash.

An independent spirit moved by his own curiosity about life, after high school he set out on his own to find work and discover the wonders of New Hampshire's lakes and forests on foot and by canoe. He enlisted in the U.S. Navy where he utilized another of his natural abilities, facing opponents in the boxing ring to claim victory for his ship. Honorably discharged and eligible for the GI Bill's tuition allowance, he attended Drexel Institute of Technology where he earned a B.S. degree as a chemical engineer. Eastman Kodak Co. in Rochester, New York immediately hired him. At the recommendation of Kodak's upper management who were impressed with his potential during his five years there, he entered Washington and Lee University in Lexington, Va. to pursue a degree in law.

While Kodak had hoped he would return to a management position now armed with legal expertise, his life presented new horizons and influences. Having met the woman who would become his wife while in law school, he married in 1963 and bought his first and only home for life in Union Springs, New York. This would be the setting in which he, his wife and his family of four children would live. Simultaneously, his legal career had taken a major step forward, establishing the roadmap he would follow into old age.

It all started in the office of Judge Kennard Underwood in Auburn, New York where Walter was given a job. It was there that he would meet his first client, Lithgow Osborne, a prominent local publisher of Auburn's only daily newspaper, the Citizen-Advertiser. In representing Osborne, Walter realized that his true calling was as a country lawyer serving people who desperately needed his advocacy.

Although his job with Judge Underwood was labeled as a "temporary" position, his consistent achievements resulted in his assuming control of the Judge's general practice upon his retirement. Walter's subsequent cases included those of corporate law, trusts and estates, family law, commercial litigation, negligence and trial work. An expert airplane pilot, he regularly flew his own plane to take some high-profile cases of a constitutional nature all over the eastern United States.

Inspired by the humane teachings of Mother Theresa, the content of many of the greatest works of classic Western literature and philosophy, as well as his upbringing as a Quaker with Jesus as his role model, Walter aspired to emulate what he considered to be the most exalted and honorable spiritual path. His interests were drawn to issues affecting the Cayuga Indian Nation, starving migrant workers, and troubled school districts, in addition to cases involving regional businesses and individuals with legal problems. His empathetic influence made headlines in his shocking reversal of some of the wrongdoings he found so offensive.

A gifted writer and poet, Walter often juxtaposed the beauty of the natural world with its impact on the human spirit. Providing a magnificent example of the quintessential person and an accomplished professional, he was respected by everyone with whom he worked, played and lived. However, none admired him more than his own family which included his wife, Micheal, and their children, Kenton, Llewellyn, Richenda (Cindy) and Evan, with whom he entrusted the monumental task of continuing his beloved practice of law.

Call Us for a Free Consultation!